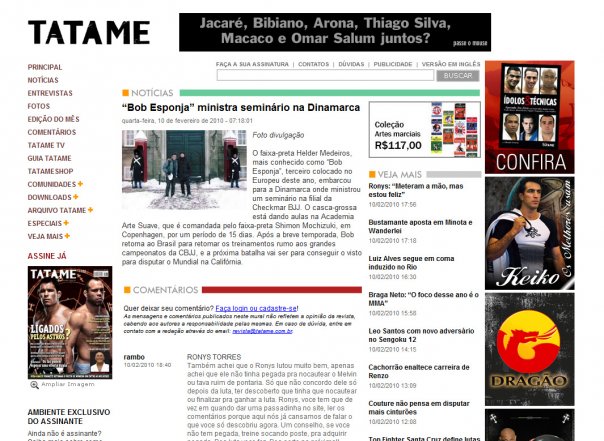 “The black belt Helder Medeiros, better known as “SpongeBob SquarePants, third place in Europe this year, sailed for
Denmark where he taught a seminar at the branch of Checkmar BJJ.The tough guy is teaching at the Academy Art Suave,
which is led by black belt Shimon Mochizuki, in Copenhagen, for a period of 15 days. After a brief stint, Bob returns to
Brazil to resume training towards the large open-weight championship, and the next battle will be to get a visa to play in the World in California.” 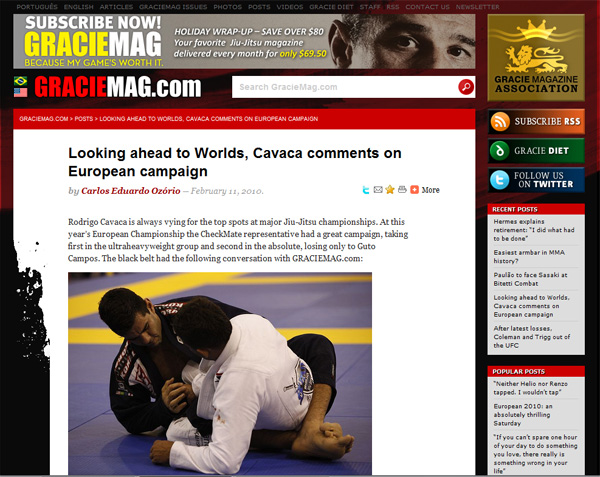 “Your team has shown strength at the European, with a lot of athletes from the Old Continent…

Last year we placed well in everything, but this year we went into the event with far fewer people. I think that
for the number of athletes we went in with, compared to Alliance (the first place team), the outcome was great.
We hardly took any athletes from Brazil and still managed to come up with significant results. I think this is a
reflection of the work we are doing in Europe. We have a really tough group in Denmark, Sweden and other
countries. The kid who won at weight and absolute as a purple belt (Alexandre Trans) kicked butt. So the
thing is growing, and if we keep it up, we’ll place really well just with our European team.”

Arte Suave in Copenhagen, Denmark is one of the most successful BJJ academies in…

Rising Stars: Our Bets on Who Will Build Their Name in 2013 Janni Larsson…

Sweden’s Janni Larsson, World and European Gold Medalist: “BJJ is the love of my life”…